Wow! What a game. If they’re all like that from now on I think we’re done on the game design!

Four players, four different paths chosen, four different challenges encountered, and the scores so close at the end. So much so that Jase was up standing on his chair. I can’t resist sharing the photo with you. Even now it makes me smile! 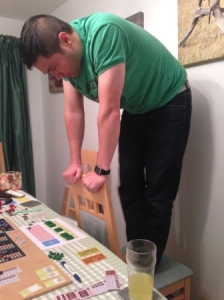 The pictures below show the scores and state of the board at the end of the game. As you can see, only a couple of points in it so one good or bad decision could have made all the difference either way. The amount of resources seems to me to be about right as well. A few pockets of ore left here and there, but not much at all.

Next stage of the process is to get some proper prototypes made up and do some wider play testing to see what others think of it. We’d also like to get some independent reviews. Wish us luck! 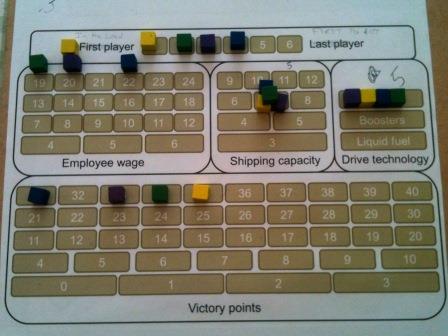 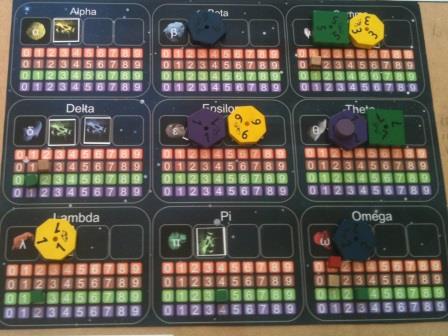 About the Author: Dave

Dave has been playing games since he figured out that you're not meant to eat the pieces! He lives in London with a very understanding wife, who occasionally agrees to playtest the new ideas and models he churns out.